Caller's number no longer coming through

Here’s how the incoming call looks here in Portugal when a call comes in from my (347) XXX-XXXX fly number:

^^ that’s a call to my flynumber forwarding to me. I have no idea what that Spanish number is.

The way it used to look was the incoming # was the number of the person calling.
That’s what I get from Skype forwarding, and is how flynumber used to work for me: 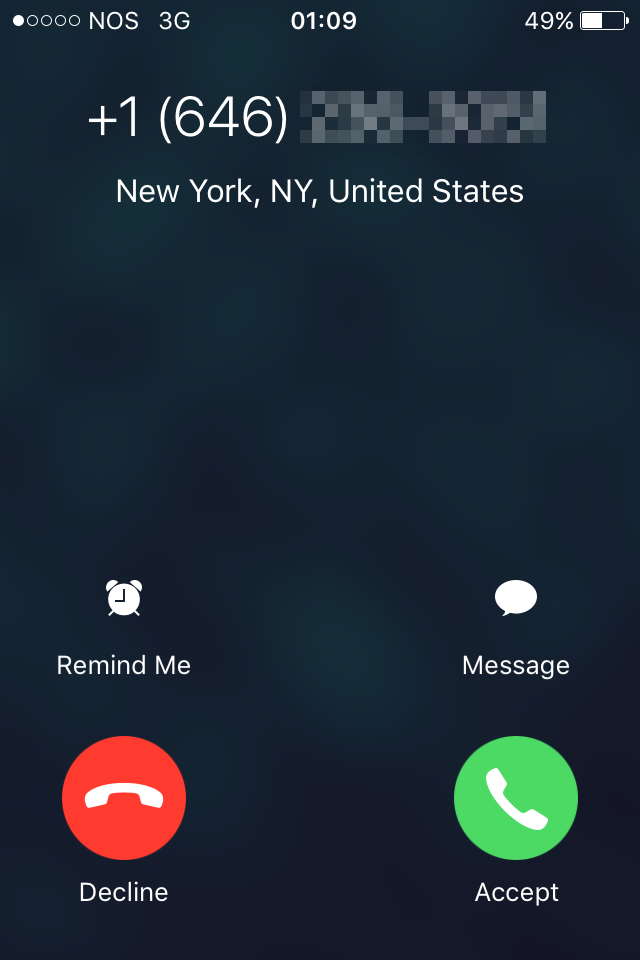 This is interesting and there are many factors, including the carrier you’re using and where you’re calling…

Please re-test and we’re here if you need anything

That worked, whatever you did! Now calls show with the original caller’s number (which my iphone recognizes, so it shows as the contact calling)

My wife has the same problem and it’s still happening on hers.

She has the same flynumber setup US->Portugal. Shall I open a trouble ticket from my account to give you her info ?

That worked, whatever you did! Now calls show with the original caller’s number (which my iphone recognizes, so it shows as the contact calling)

Glad to hear this and thanks for the feedback

My wife has the same problem and it’s still happening on hers.

Yes please open a ticket or PM us the username/Flynumber

We’ll be investigating this number to see if the adjustment needs to made to all our NY numbers.

It just happened again: incoming call on my phone was some spanish number. I can see from the call logs it was actually a US 708 number.

Back to random Spanish numbers coming in.

We just updated it, please retest and let us know what you get

We’re on top of this and running some tests.

Just retested - same behavior. Spanish incoming number. It often drops as well before I can answer.

Some more changes were just sent through, can you give it another try…

The problem is happening on multiple fly numbers. Help !

Can you PM us which numbers its happening on…

So far this is looking specific to your number and/or forwarding setup. Our people are investigating as we speak and will have an update ASAP

Yes, thanks for the update.

We went pretty far down the pipeline to get these adjustments done.

Glad to hear and let us know if you need anything

I just checked the other number as well & both now show the number of the original incoming caller. Thanks !

You’re welcome and thanks for the feedback

Let us know if you need anything